When I Fall In Love

Love creates its own rules

Ascending the corporate ladder has consumed most of Tayler Carter’s adult life. Now the savvy Atlanta VP and female-empowerment speaker is ready for a well-deserved retreat. A fabulous antebellum mansion turned B and B in rural Kentucky is the perfect change of pace. But her host is no unsophisticated farm boy. Rugged hunk Rollin Coleman is educating Tayler in the wonders of natural food and down-home passion.

Transforming his family’s struggling homestead into an organic cooperative is starting to pay off for Rollin. But without the right woman, it’s a lonely existence. Until he introduces his alluring new guest to the pleasures of the countryside. And once his small-town community embraces her, can Rollin count on Tayler to leave her fast-paced world behind and together create a place they can both call home? 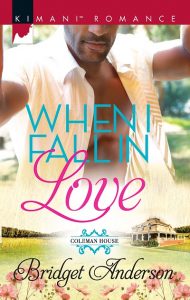 Purchase When I Fall In Love

After a painful divorce, family counselor Dierdre Stanley-Levine decides to take her future into her own hands.  With her daughter Mia, she takes a job back in her hometown of Brunswick, Georgia.  Her goal of opening her own agency is threatened when her office is broken into, and Journalist Robert Carmichael’s article on the burglary attracts the attention of an obsessed killer.  Dierdre didn’t know running into her high school crush would ignite such passion in her, nor make her the target of a madman.

Robert Carmichael had no intention of putting Dierdre’s life in jeopardy. Neither did he realize that the sight of this gorgeous woman would awaken powerful feelings he hadn’t felt since the tragic death of his wife. A relationship begins to develop between them forcing Robert to risk everything to protect the woman he loves and their future together. 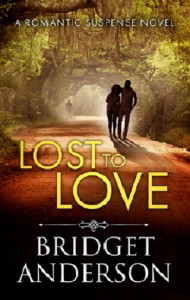 Bridget Anderson has written an insightful, provocative story that will warm the heart and enrich the soul.
—RT Book Reviews

She ran from danger…
Lovely, educated Jade Bassett had married a handsome man who told her lies, took all her money, and then was found murdered.  Reeling from her shattered world, she is running for her life on the streets of Atlanta, knowing that whoever killed her husband is still out there…looking for her.

…into a stranger’s arms.
Penniless and terrified, Jade’s got nowhere to turn, until she encounters Jeff Nelson, a successful graphic designer and the most sensual man she has ever met.  But when Jeff offers to help her get her life back together, Jade feels darkly suspicious of his motives and of the painful past he seems intent on hiding.  Despite her doubts, desire soon sweeps her into a dazzling affair with this sensuous stranger–one that takes them both to the heights of ecstasy.  Now, as the mystery of her husband’s death unwinds, Jade has to know if the passion she and Jeff share is leading to a rendezvous with betrayal…or a love to trust with all her heart.

This is a suspenseful tale of witchcraft, obsession and the triumphant power of love.
—RT Book Reviews

The pressure of trying to have it all has begun to take its toll on Cheryl and Jamal Houston’s marriage. Somewhere in the hectic pace of their lives, they’ve lost touch with each other. A Caribbean cruise turns out to be just what they need to get reacquainted. As the tropical paradise works its magic on them, they fall in love all over again–only to find their happiness threatened by a stranger’s desire.

Their lives are turned upside down by another man who is determined to possess Cheryl, body and soul. Soon their home is invaded by bizarre occurrences and haunted by Jamal’s unsettling dreams. But in their struggle to free themselves of a madman’s powerful spell, Cheryl and Jamal may discover the true power of their love, as they confront a challenge that could bring them closer than they ever dreamed possible. 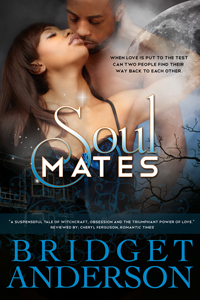